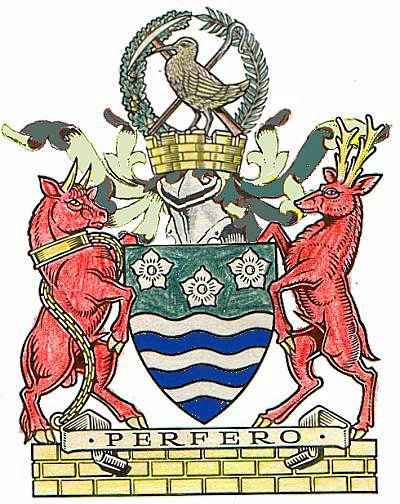 The arms were officially granted on September 19, 1951.

The arms represent the natural features of the County, the flowers referring to the grass of parnassus which grows on the marshy uplands, while the base of the shield stands for the rivers, lakes, and seaboard.

The pick and crook allude to the local activities of mining and sheep-rearing. The curlew is a bird common in the uplands of the County, and the mural crown is commonly found in the arms of municipal authorities

The bull of the ancient Cumberland family of Dacre is an historic emblem associated particularly with the old Border warfare, and the roebuck is traditional to the County. The supporters are shown standing on a masoned base representing Hadrian’s Wall.